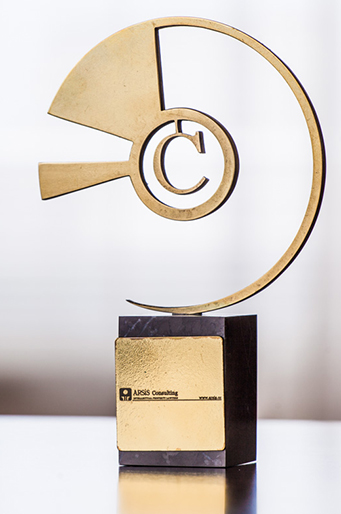 The ARSIS Consulting Branch Office in Kosovo was officially established in October 2013 in order to bring the firm's long-term expertise and dedication to the IPR cause in this territory. The firm’s experts however have had the opportunity to explore and become well acquainted with the state of IPR protection in the country during a number of international conferences and local IPR projects which they participated in during the years 2009-2013.

The recognition of ARSIS’s work in the field of IPR protection is proved by the fact that renowned brands like adidas, Reebok and Rockport immediately entrusted to the firm their newly opened brand protection programs in Kosovo. By virtue of individual powers of attorney, the firms is authorized to act as a legal representative of the members of the adidas Group representing them before all local authorities and judicial institutions on the territory of Kosovo as well as any third parties in order to defend their IPR, including trademarks, industrial designs, copyrights, fair competition rights, etc.

Together with the establishment of the Kosovo Branch, ARSIS was also engaged by anоther valuable client of the firm to conduct its newly opened program of education and awareness initiatives on the territory of Kosovo, namely the BSA – The Software Alliance. By virtue of this engagement, ARSIS is duly authorized to act on behalf of the Alliance in implementing various public initiatives to promote the value of IPR and raise awareness among consumers about the risks of software piracy.

Developing its programs in Kosovo, ARSIS is also opening negotiations with the International Federation of the Phonographic Industry (IFPI) for future cooperation on the territory of Kosovo aimed at strengthening the protection of rights of all members of the recording industry and introducing effective tools to fight music piracy of all kinds.

The main task of ARSIS Branch Office in Kosovo is to use the twenty years of experience of the firm and provide the same level of expertise and services that clients came to expect from working with ARSIS in Bulgaria. The ultimate aim of the firm is to engage its experts in successful IP programs and in cooperation with the public authorities in Kosovo to lay down the basics in the country that will lead to the recognition of the key role that intellectual property and its related industries play in the cultural and economic growth of each and every country, and to build an adequate system of protection of the creative and financial investments of local and international right owners of all spheres of intellectual property.